It will be a chilly Super Bowl this year in New Jersey, but luckily that won’t keep people from watching the game on TV with family and friends. In fact, over half of people 13 and older are VERY likely to watch the matchup between the Denver Broncos and the Seattle Seahawks. A total of 73% of people are likely to watch the football game on Sunday:

When compared to last year, people are 9% more likely to watch the Super Bowl this year. People may prefer to watch the Broncos and Seahawks rather than the Ravens and 49ers, or maybe it’s due to the halftime show with performances by Bruno Mars and the Red Hot Chili Peppers.

Now moving on to who people are rooting for and which team they think will win: 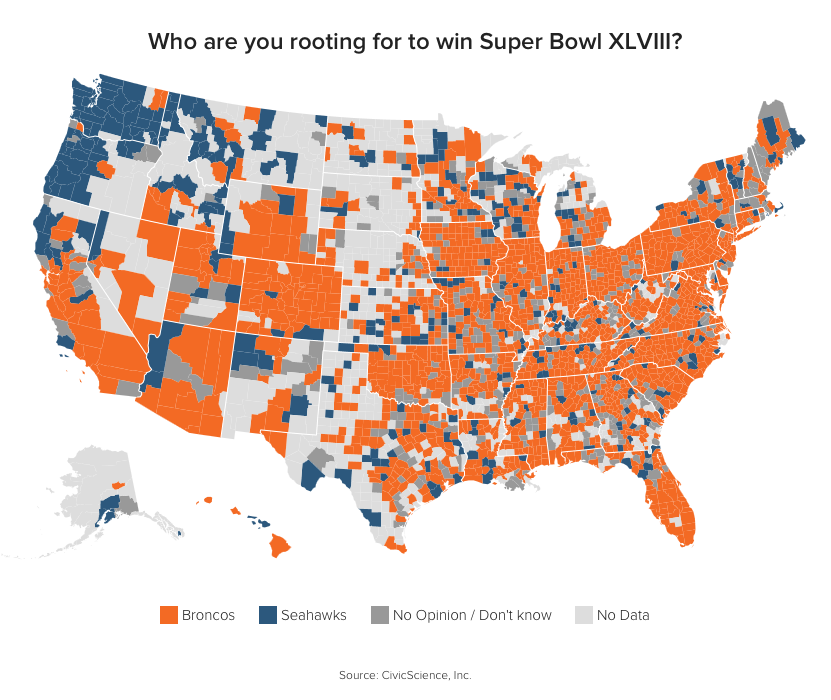 As far as who people think will win, even more think the Broncos will win the Lombardi trophy: 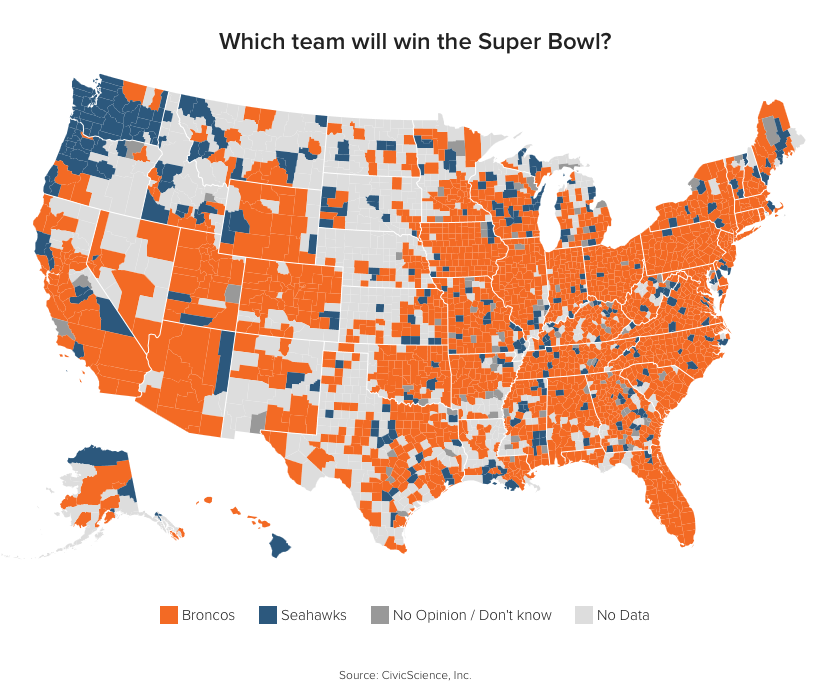 If the Broncos don’t bring home a win on Sunday you may see many disappointed people showing up to work on Monday. Let’s see if the predictions are correct.