There’s been a lot discussion lately about the issue of whether people should be required to show a photo ID in order to vote in public elections. We thought we’d take a look ourselves, so sent the question across our network to see how people felt. When weighted to represent the full US population it looks like a clear majority of Americans (75%) agree on some level with 61% STRONGLY agreeing with the proposed requirement. (Total Sample= 1,627)

Not surprisingly, the issue breaks pretty hard along party lines. But it may be a little surprising to see that 58% of Democrats support the requirement along with 76% of Independent voters. A full 90% of Republicans support the measure. In today’s polarized political climate, we seldom see an issue quite this clear-cut. 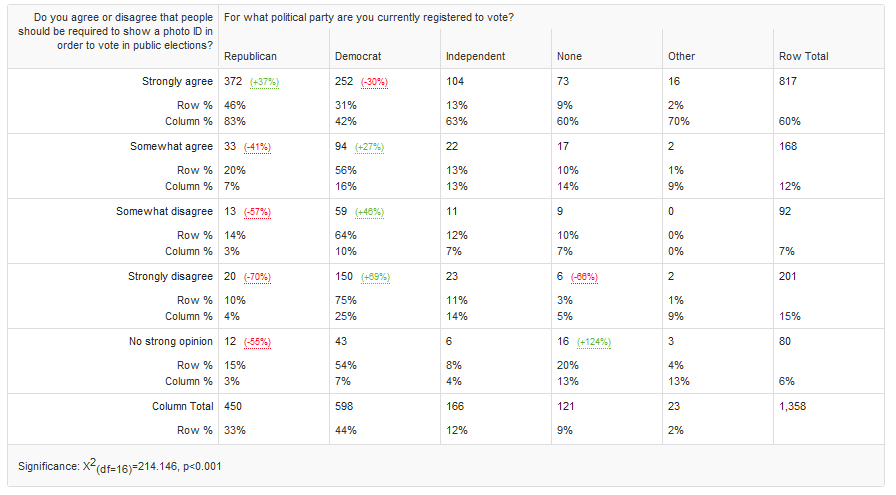