America Pumped Up for VP Debate

Note: This is a special guest post by Taylor Griffin from Hamilton Place Strategies.

Vice Presidential Debates are usually side-skirmishes that don’t draw the same level of interest as the Presidential main events. 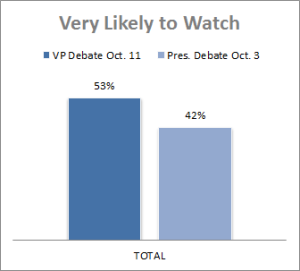 said they were “very likely” to watch last week’s Presidential match-up. The growth in plans to watch provide a good indication that the last debate had an impact. 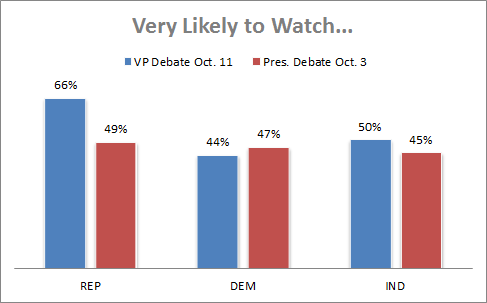