Given the attention American Idol has received over the years, we were interested in seeing how the Fox show’s loyal fan base would react to a dramatically altered panel of judges in its 12th season. A personality like Nicki Minaj was likely to push sentiment in one direction or another.

What we see in the graphs below are two measurements taken among a representative sample of adult US consumers in two waves. The first chart shows results among a sample of 9,029 respondents polled from the end of the season premier on January 16th through January 22nd. The second chart shows a second wave of 2,337 results gathered from the end of the Wednesday night’s episode through today. 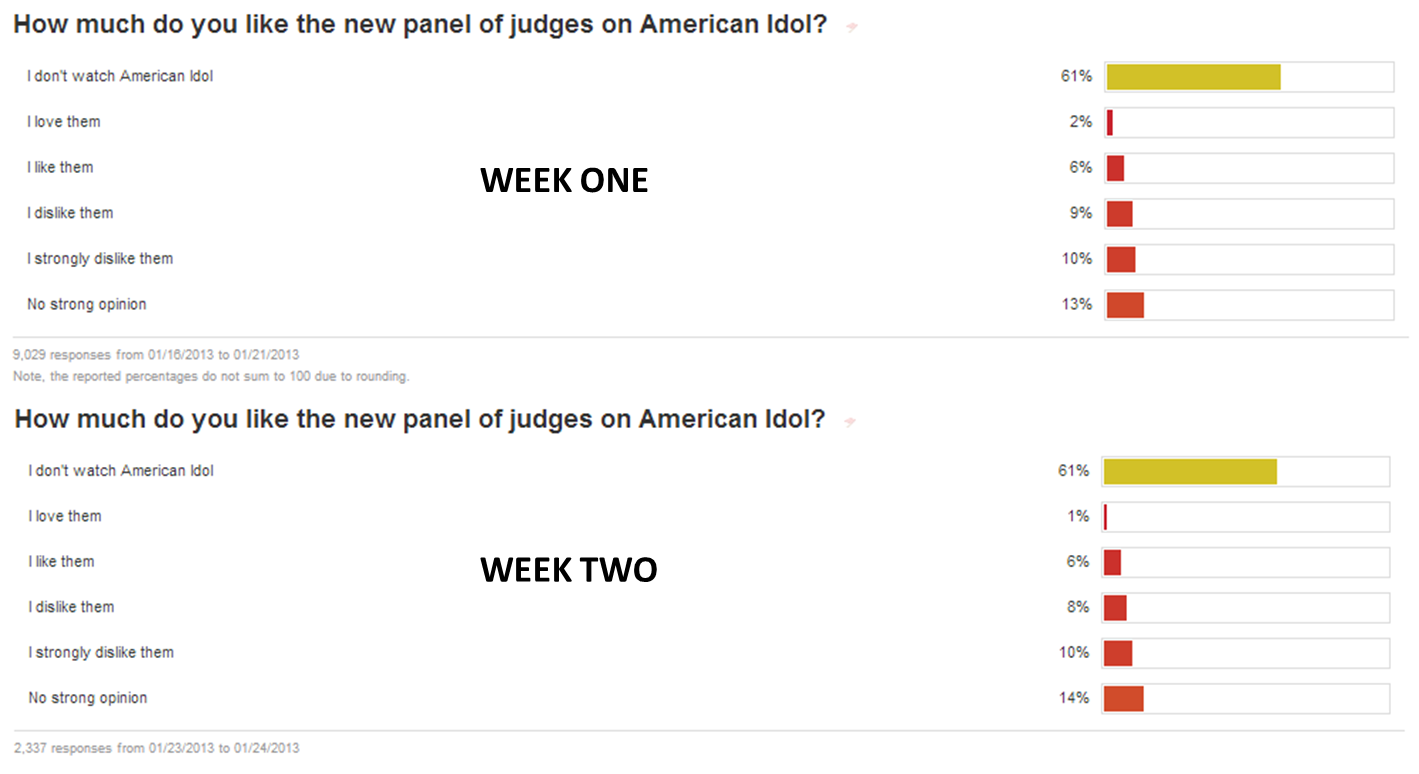 As you can see, the results changed very little from the first week until now, even after fans had more time to watch and reflect on the new judges. Taking out the 61% of respondents who say they don’t watch the show, overall negative reaction (Dislike + Strongly Dislike) accounted for 49% of respondents in Week One versus just 21% who responded positively (Love + Like). In Week Two, the numbers moved only slightly to 46% negative versus 18% positive. Most troubling for the show’s producers is the fact the “Strongly Dislike” responses represented the largest group, 26%, in both waves.

Among the possible theories behind this reaction can be seen in the chart below. Admittedly, our database included a fairly small group of people who had previously answered both questions about how likely they were to watch the season premier and how much they like or dislike Nicki Minaj. Still the popularity of the flamboyant pop artist is alarmingly low among the show’s most loyal followers. 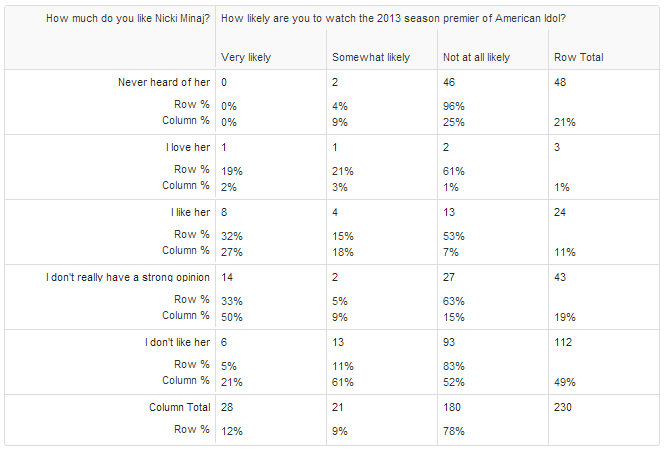 Maybe these numbers will improve as viewer get used to the new mix of judges. For Fox’s sake, hopefully this is the case. We will report back if we see any changes in the numbers.

Have a great weekend.