Snapchat, Facebook, and the Generational Divide of Social Media

When Snapchat turned down a $3 billion acquisition offer from Facebook, the technology and business pundits went wild. One group called Facebook crazy for offering such a huge sum for a company with almost zero revenue.

A second group made a case that Facebook should have offered more. Snapchat was a better service, they argued. They raved about the functionality of the app and how it caters to a more tech savvy user – generally a younger person — who doesn’t want her every move broadcast to the world like on Instagram, Facebook or Twitter.

A third group, led by the likes of Mark Cuban (who is an advisor to CivicScience and has some experience in such matters), thought Snapchat was crazy for turning down a “generations-altering” amount of money. Shortly after the buy-out rejection hit the news, Mark reached out to me and asked what kind of survey data we’d been collecting on Facebook, Snapchat, and their user demographics. Turns out we had tons.

The rest of this post includes direct excerpts from my email exchange with Mark (published with his permission of course), combining our survey data with his inimitable insights:

So, what is Facebook’s weakness? Some would argue that it’s purely a problem of functionality. But I find it hard to believe that Facebook’s execs offered $3B for a no-revenue competitor simply because they believed Snapchat built a better mousetrap. Do you think for a second that Facebook doesn’t have a hundred engineers working right now on a sharing feature like Snapchat? Of course they do.

Snapchat’s functionality might be cool but it’s not a $3B competitive advantage. It’s the demographic shifts that are really driving the market dynamics.

Facebook is seeing a troubling demographic trend in their user base, as they mentioned during their Q3 earnings call with Wall St. But how bad is it? After Mark inquired, we looked at survey data from 2,700 Facebook users who were asked whether they have been more active on Facebook, less active, or the same over the past six months. Results were then segmented by age. Here’s what we saw: 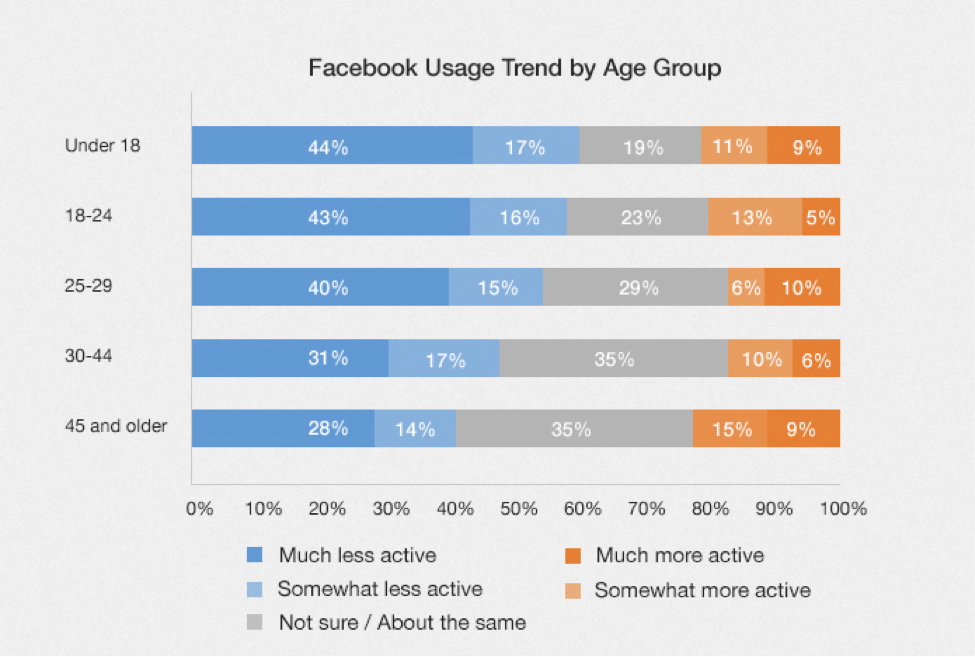 As you can see, over 40% of Facebook users under age 30 say they have been “much less” active in the past six months. The numbers are even worse among the 18-24 year-old subset, where 43% are much less active, and 13-18 years olds where 44% are much less active. If you add the “somewhat less active” users, over 59% of Facebook users under age 24 are less active on the site, overall, than they were six months ago. That is obviously a trend that Facebook is painfully aware of.

Mark then asked us to look at our data on Snapchat users, from a sample of over 6,800 US consumers. Across all age groups, 17% of US consumers over the age of 13 have used the app or plan to. 26% have heard of Snapchat but have no plans of ever using it and 56% of people have never heard of it. Facebook would not normally shake in its shoes over an app with 17% market penetration, at least not while Facebook’s penetration is somewhere closer to 70%. 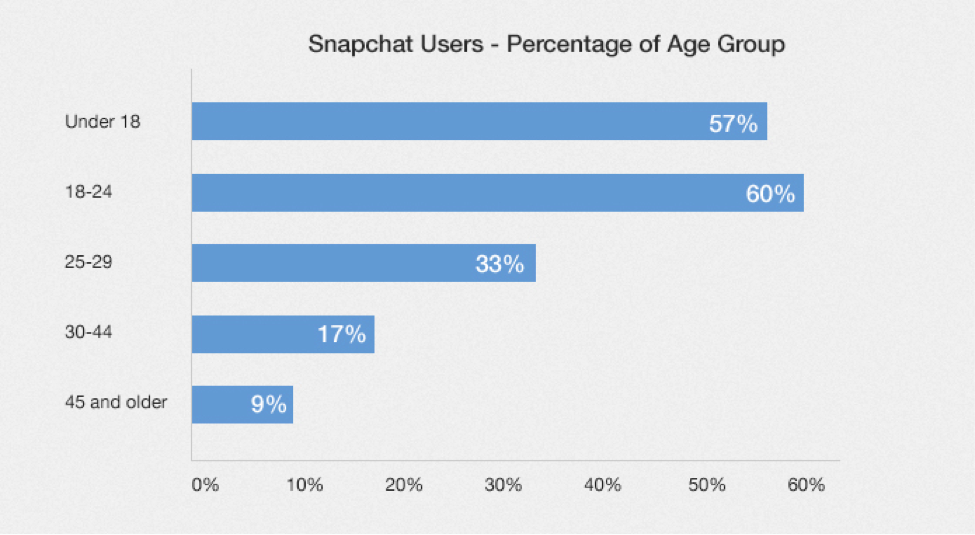 Over 57% of people aged 13-18 and 60% of 18-24 year-olds have either used the app or plan to, along with a modest but meaningful 33% of people aged 25-29. Then, the numbers plummet. The only Snapchat users over 30 are mostly parents — probably just trying to relate to their kids. Put more emphatically, 88% of people who say they “love” Snapchat are under the age of 30. That’s what you call a sweet-spot.

MARK: It’s no wonder that Facebook made such an aggressive play for Snapchat. Losing a huge and growing demographic will be painful and costly, probably way more than $3B in the long run. SnapChat could have been a powerful product within Facebook. Combine its user base and functionality with that of Facebook and Instagram and the sum is greater than the parts.

However, staying independent is also of great risk to SnapChat. It won’t be easy for SnapChat to retain its market share. They will be under assault from any number of startups and existing companies who feel they can invent a better mousetrap or simply add SnapChat’s features to their existing product. The founders will be under great pressure to create revenue streams and expand the functionality of SnapChat. Either of which could have a huge impact on the perception and usage of the app.

It’s hard to know how things will evolve, but there is an interesting dynamic playing out among apps for the under 30 generation. It raises the question of whether a tool like Snapchat could survive, serving the younger set, while Facebook remains the ubiquitous platform for the 30-and-up crowd. 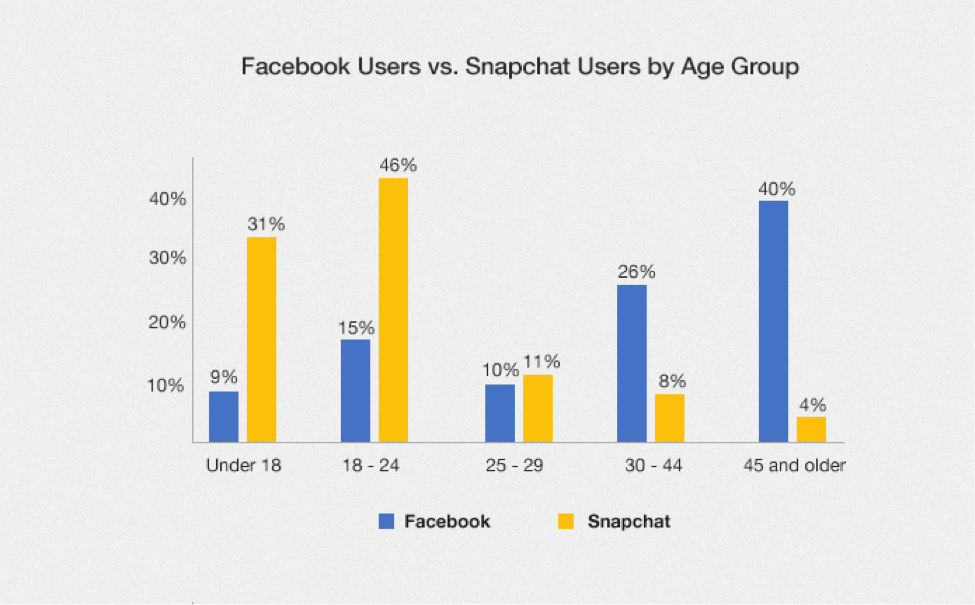 MARK: Facebook has become the refrigerator door app for young kids while ephemeral apps like Snapchat are their day-to-day communications tools.

We all post pictures on our refrigerator doors so that we can see them every day and visitors to our home can see them as well. When mom or dad are coming over, you take down the wild pics, and put up the pics you think they should see. We adjust the pics for certain visitors, but for the most part they are the basic reflections of who we are. That is exactly what Facebook has become. Facebook is no longer where we show all sides of our personality. Facebook has become the refrigerator where we post pictures and motivational quotes.

Snapchat on the other hand is much more like Facebook was in the early days. Anything goes. There is solace in knowing that you can take a selfie and send it around asking about whether or not you should wear this shirt or that pair of shoes, knowing it will disappear. The ephemeral nature of Snapchat allows kids in particular to reclaim their social media personalities. Sure, there is some risk of screen captures, but as the saying goes, “friends don’t screencap friends”.

For the past 8 years, parents have warned kids about the perils of pictures and online actions living on forever. Snapchat begins to address those concerns. And they’re not going away.

Does it make Snapchat’s founders any smarter for turning down $3B? No. They could have created a powerful, almost unbeatable partnership. Now they have to live with all the risk.

There you have it. An “I told you so,” just waiting to happen.

Maybe the features and UI of Snapchat are awesome. I wouldn’t know. I’ve never used it. But the demographic trends plaguing Facebook and boosting sites like Snapchat are the critical factor here. We will continue to monitor these trends, especially as other new players enter the space. Maybe another app will come out of nowhere next week? Or maybe Facebook will launch its own ephemeral service in January. We’ll keep an eye on it.

In the meantime, we’ll let people like Mark Cuban and other thought-leaders argue over who was right and who was wrong. Given Mark’s experience with these kinds of things, we’ll place our bets with him.

Mark Cuban is the chairman of AXS TV and owner of the Dallas Mavericks. He is an advisor to CivicScience.