The last public thing we did was watch Maddie play Elle Woods in her high school production of Legally Blonde. It was a big deal for her to land the lead as a sophomore. If you haven’t seen your 15-year-old daughter wear a Playboy Bunny costume, kiss three different boys, and simulate an orgasm in a song in front of 1,000 people – including many from your church – well then, you just haven’t lived.

That was the weekend of March 13th.

If it was a week later, the musical never would have happened. What luck.

My last night out with Tara was a couple weeks before that, where I learned one of the most definitive truths of my lifetime: That there is absolutely no greater dive-bar karaoke song than S.O.B. by Nathaniel Rateliff, provided you can hit the upper octave in the third verse. It will blow the roof off any late-night venue you’re in. Guaranteed.

Between karaoke night and Legally Blonde, my best friend from college flew to Pittsburgh, where we saw Tyler Childers open for Sturgill Simpson – and where the former completely outplayed the latter. That was also the last night I stayed in a hotel, rode in an Uber, or hugged a bunch of complete strangers. It definitely wasn’t the last time I got drunk.

My band hasn’t played since November. It was an outdoor gig at Heinz Field before a Steelers game. And it rocked. Who knows when we’ll play again? Bet the over on March 2021.

I’ll never forget any of those nights. I know they won’t stand out as vividly someday because they’ll be blurred by a lifetime of new memories ahead of me. Maddie will premiere on Broadway someday. Set your watch to it.

I’ll see Tyler or Sturgill or the Zac Brown Band in Nashville – one of the few American cities I’ve never visited. A travesty for a music buff, I know. It will be remedied.

Our band will play raucous bars again, maybe even more raucous once everyone escapes from the social purgatory we’re in. Tara will roll her eyes at me as bachelorettes jump on stage to play tambourine and cowbell. I’ll even sing karaoke again. And again. And again.

But for now, all I have are those last live performances burned in my brain.

I hope your memories are as good.

Consumer confidence is backsliding. What our latest Economic Sentiment Index reading tells me is that the jump we saw a few weeks ago may have been wishful thinking and this is just a correction. I’m not going to worry about it (yet) because we’re on the precipice of some critical moments, while everyone holds their breath as schools reopen, an NFL season begins, and a cold and flu season sits perilously around the corner. Oh, not to mention that little election two months from now.

Lowe’s crushed Home Depot again in Q2, exactly like I told you they would months ago. While home improvement is booming as everyone remodels their patios and builds additions for their new home offices, Lowe’s is soaring especially high. As I’ve said since the beginning of the pandemic, the consumer is going to dictate the shape of recovery – and nothing is more predictive than the tribal forces behind different consumers in different categories. Lowe’s is more rural and suburban, capturing a center-right customer who has been more cavalier about shopping in stores, spending money. They have bigger backyards and decks. Home Depot is the opposite. Dynamics like this are playing out in restaurant, apparel, and even banking. Don’t blink.

Remote workers are looking to refinance their homes. As more and more professionals settle in for a long winter’s quarantine, those with means are thinking about capitalizing on tiny interest rates to improve their spot on the financial chessboard. Many more are looking to upgrade – purchasing new homes or first-time homes – while the iron is hot.

One-third of U.S. workers would relocate if they could work from home permanently. Yeah, I know I’m talking a lot about home and work this week. I just got back from vacation and I’m staring at the same four walls again, so bear with me. We love Pittsburgh, but I also own my own company and put it where I wanted it. A lot of people live where they live because of a job. And if they live in a city or the ‘burbs, they might be longing for a change of scenery. Migration is coming.

Obviously, more people are eating breakfast at home, which sucks for the QSR category. There aren’t many winners in the restaurant industry right now. It certainly helps if you have a drive-thru. The breakfast daypart has taken a particular beating, as fewer people are commuting to work. Dunkin’ seems to be weathering the storm better than, say, Starbucks, because of its appeal to the type of folks in essential jobs like healthcare, trades, and such. The professionals who love their chai lattes aren’t leaving the house for work – while also trying to eat healthier. Just another of the many disruptions in the marketplace that may never fully reverse.

The cooking and baking frenzy we saw in the early days of the pandemic has simmered lately. Of course, this makes a ton of sense. Restaurants have reopened, at least with outdoor options, the weather is nicer for grilling, and generally people aren’t doomsday prepping and hoarding all the effing flour like they did in April. It will be interesting to see if this changes again as winter comes. There was a lot of cool stuff in this cooking study we published this week – the power of Instagram in driving eating and cooking trends stood out to me the most.

Since I blew off last weekend, we have two weeks’ worth of other awesome studies for you to peruse: 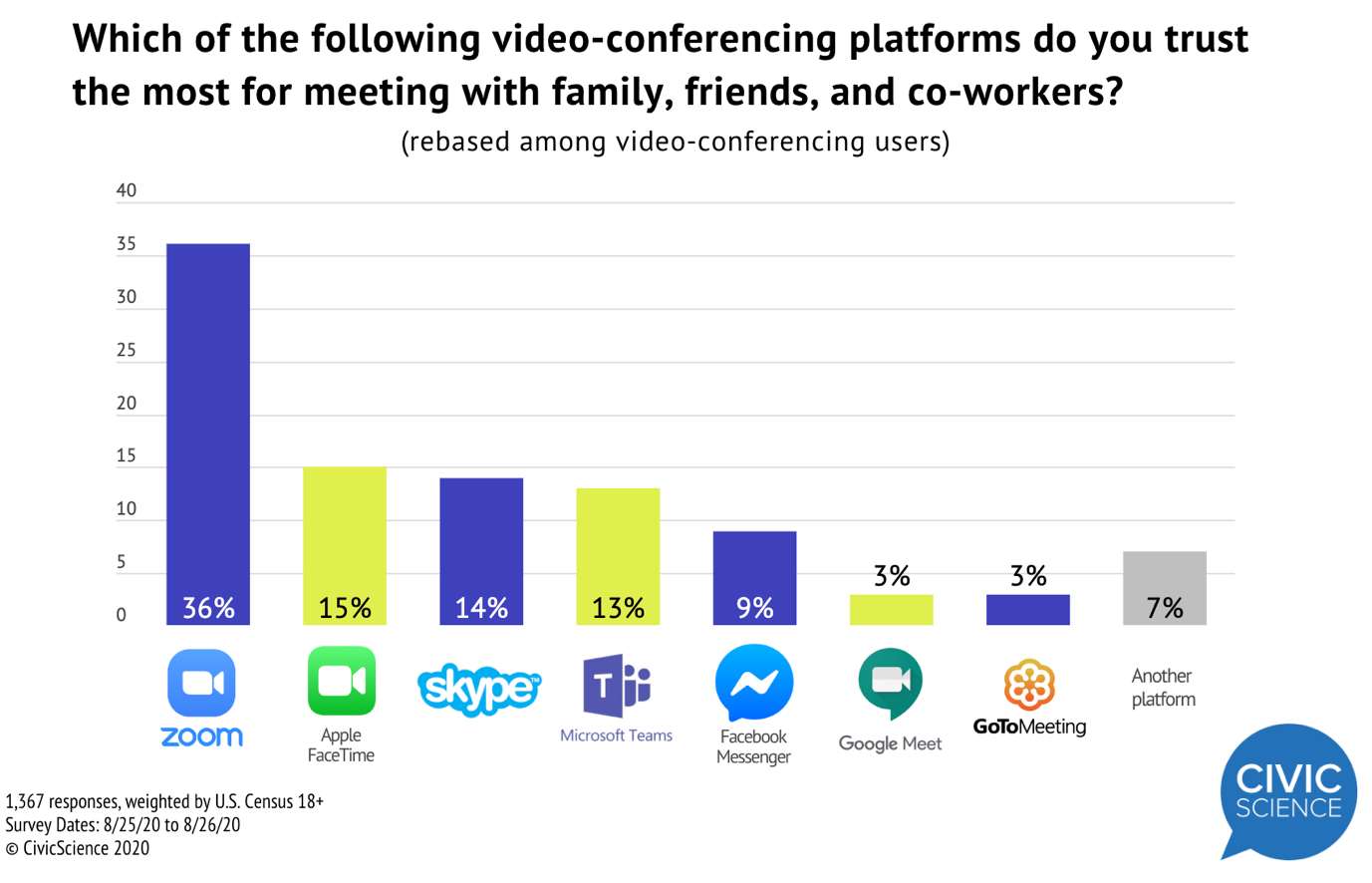 And, finally, the most popular questions this week: