No bold 2022 predictions from me this year. Nope.

Sure, I’ll make a bunch of small ones along the way. When I know we’re right. But to sit here today and tell you I have any clue how the next 12 months are going to unfold would be an insult to your colossal intelligence.

Nobody knows what’s going to happen. If they tell you otherwise, they’re lying or trying to sell you something. If their guesses turn out to be right, they got lucky. End of story.

Soothsaying was easy last year. We knew people would spend less time obsessing about politics (eventually). We knew experience spending would return (for a while anyway). We knew vaccines would help (duh).

There are no “duhs” in 2022 – except maybe for Republicans taking back the House, but that’s not my area of expertise. Otherwise, nothing is certain.

And that’s okay. You’ve been training for this.

Of the gazillion skills we’ve all honed over the last 22 months, adaptiveness and empathy rank near the top. Adaptiveness – adjusting to changing guidelines; altering plans for travel or work on the fly; realizing we were wrong about what day it is; using an inferior Bloody Mary mix when some asshole hoarded all the Zing Zang at the grocery store – became an essential survival skill.

Empathy – accepting that everyone else was perpetually adapting to whatever life threw at them – is the other side of that coin. We learned to accept barking dogs and pants-less toddlers in the background of Zoom calls. We’re unfazed by people showing up to “work” in sweatshirts or baseball caps, because who the hell has time to get showered and dressed when their dogs are going crazy and their kids have no pants on?

Oh, you were late to our call because a contractor came to your door? Totally understood. Happens to me all the time. I thought we were meeting tomorrow anyway.

COVID has taught us you don’t need to anticipate everything. Because you can handle anything. And because people will understand when you can’t, as long as you’re nice in return. Tomorrow could be their shitshow day.

All you can do is be agile. Make contingency plans. Go with the flow. And make sure you’re following the most current, trustworthy data you can get your hands on.

Consumer confidence steadily improved over the holidays, but I’m not convinced we’re out of the woods yet. Our Economic Sentiment Index climbed slightly for the third straight reading, hitting a mark we haven’t seen since early October. Everything about it is counterintuitive, as Omicron rages and inflation keeps inflating. Maybe everyone was just basking in the holiday spirit. Or maybe they’re psyched because office reopenings are being delayed again. If I didn’t just promise not to predict anything today, I’d tell you what I think is going to happen next. But I’ll bite my tongue. ​​​​​

The next wave of new home buyers could represent a turning point for online-only banks. Overall consumer trust in the banking category – particularly mortgage lending – still overwhelmingly resides in traditional banks like Chase or BofA. In fact, people are more likely to trust an institutional lender over an online lender by over 10-to-1. But there’s reason to believe that could be changing. When we look only at people who are planning to buy a new home in the next two years, the trust deficit falls to just over 3-to-1. Thirty-one percent trust online lenders as much or more than traditional banks. Age has a lot to do with it. Times are changing.

A record number of Americans are doing Dry January this year. Just because I’m not making any grand predictions doesn’t mean I won’t gloat about a past prediction I nailed – like when I said we would see “New Year’s resolutions on steroids” in 2022. Sure enough, 43% of Americans are at least somewhat likely to ride the wagon through January, up an incredible 10 percentage points over last year and even higher than 2019. No surprise, my fellow Xers have no interest in teetotaling, even for a month. Me, I did “Dry January 2nd.” Then the Steelers played on the 3rd and that was the end of that.

2021 was an epic year for cord-cutting and Gen Z could be changing the market dynamics right before our eyes. Another thing we all could have predicted a year ago was that more Americans would shed their set-top boxes once and for all. By the end of December, a full 48% of U.S. adults had cut the cord, up from 37% a year ago. This includes 70% of Gen Zs and younger Millennials. Perhaps more notable among the Z crowd is their waning allegiance to Netflix as king of original content. While a clear majority of every other age group swears by Netflix, 58% of streaming young adults think the best original content is found elsewhere. Competition in this space is only heating up. ​​​​ 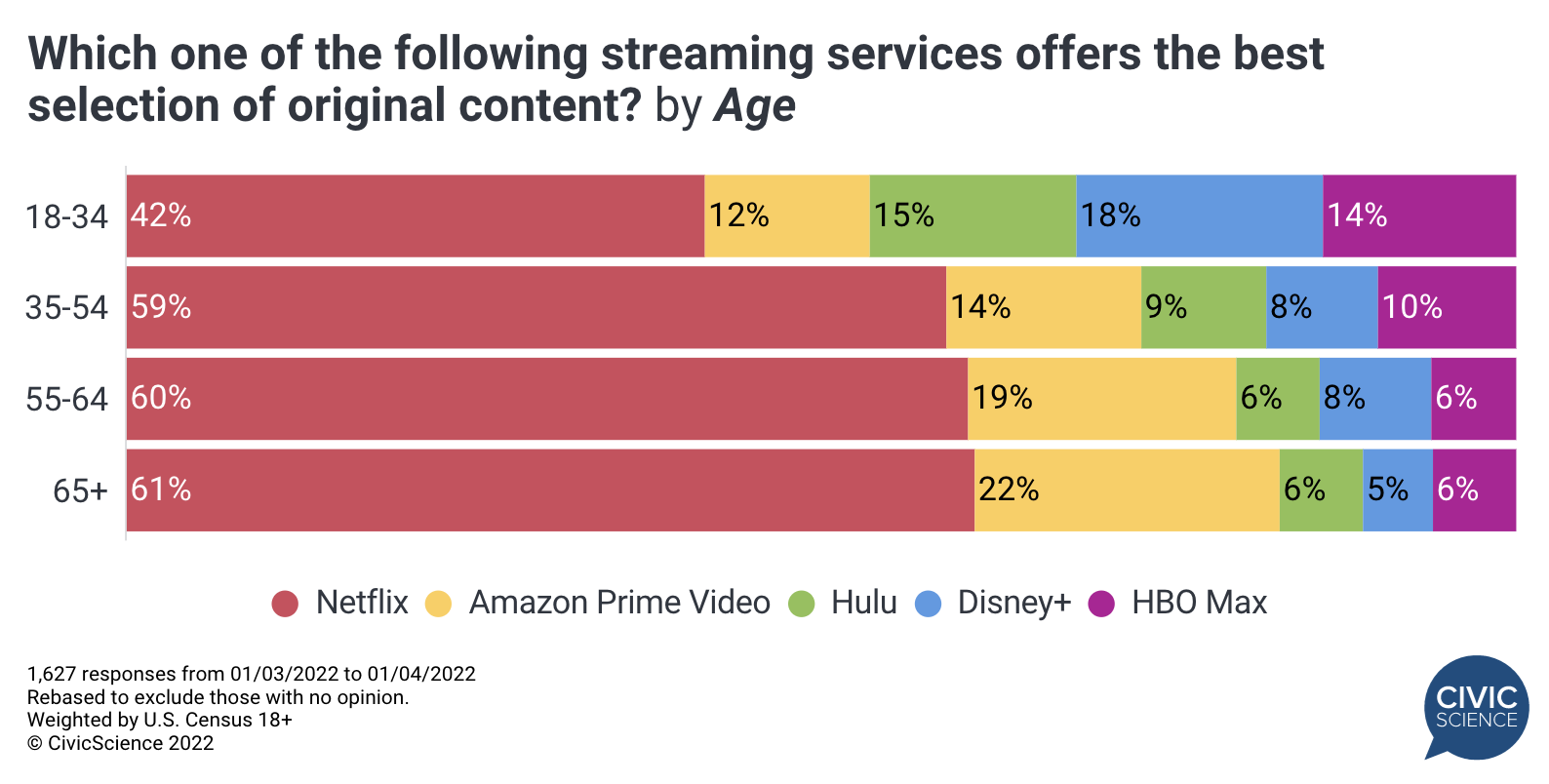 A lot more people could be retiring soon if this economy keeps up. Eight percent of U.S. adults report that they retired during the pandemic and a whopping 16% more say they’re planning on it. Obviously, increased wealth over the past couple years, thanks to a booming stock market among other things, has new retirees feeling pretty good about their financial lot. It’s worth pointing out that new retirees are also slightly less confident than pre-COVID retirees about their investments. The bell curves in these numbers are fascinating for the stats geek in me. 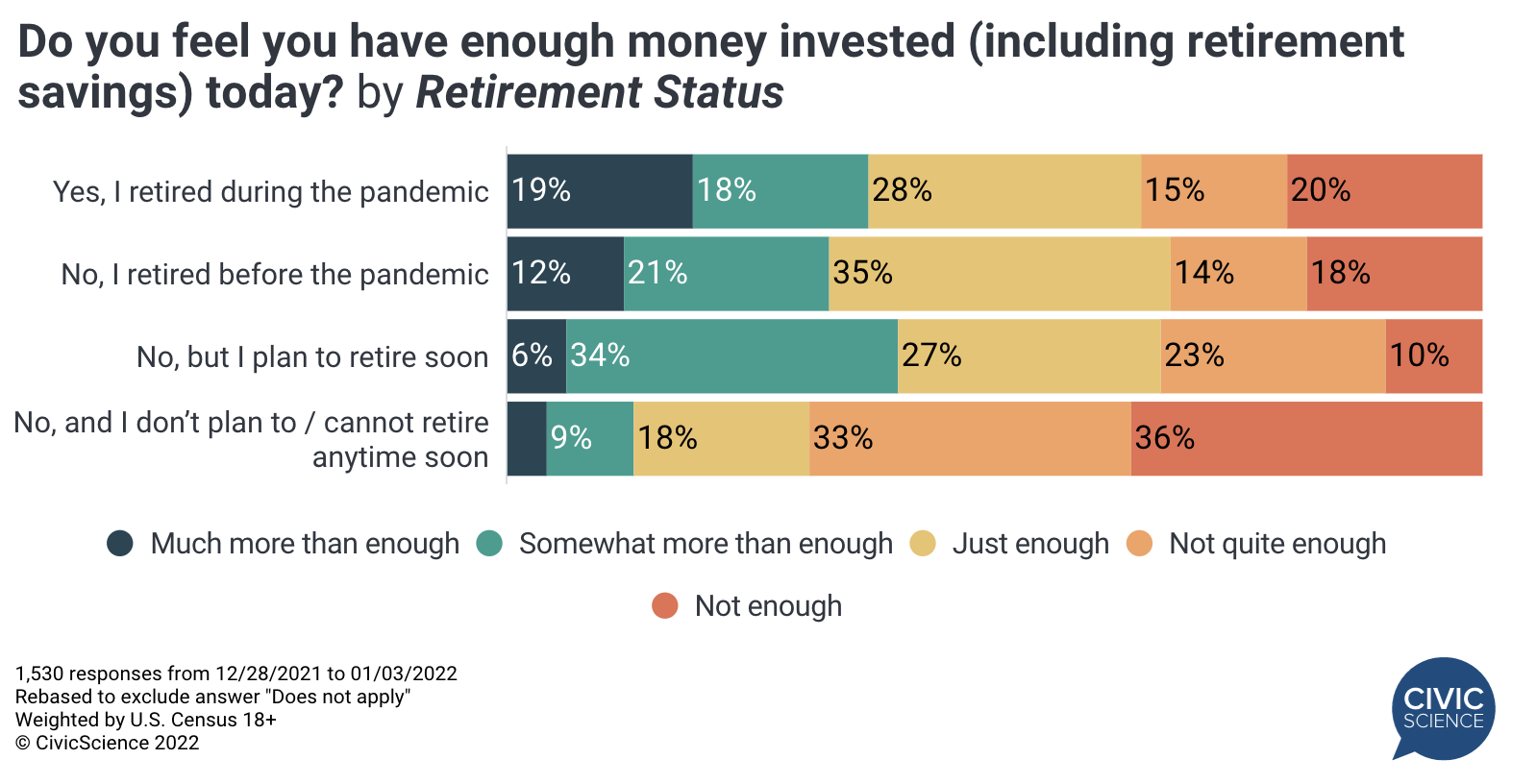 In the most important news of the week, I was NOT imagining the widespread proliferation of “dicks” in popular entertainment. You may recall my rant last month about cringing every time “dick” comes out of the mouth of actors on TV shows or movies I watch with my kids. A dear friend who works at Google later sent me the following chart, showing the increased rise of dicks in books, screenplays, and the like. Notice how it points sharply upward, to the right. I knew it! 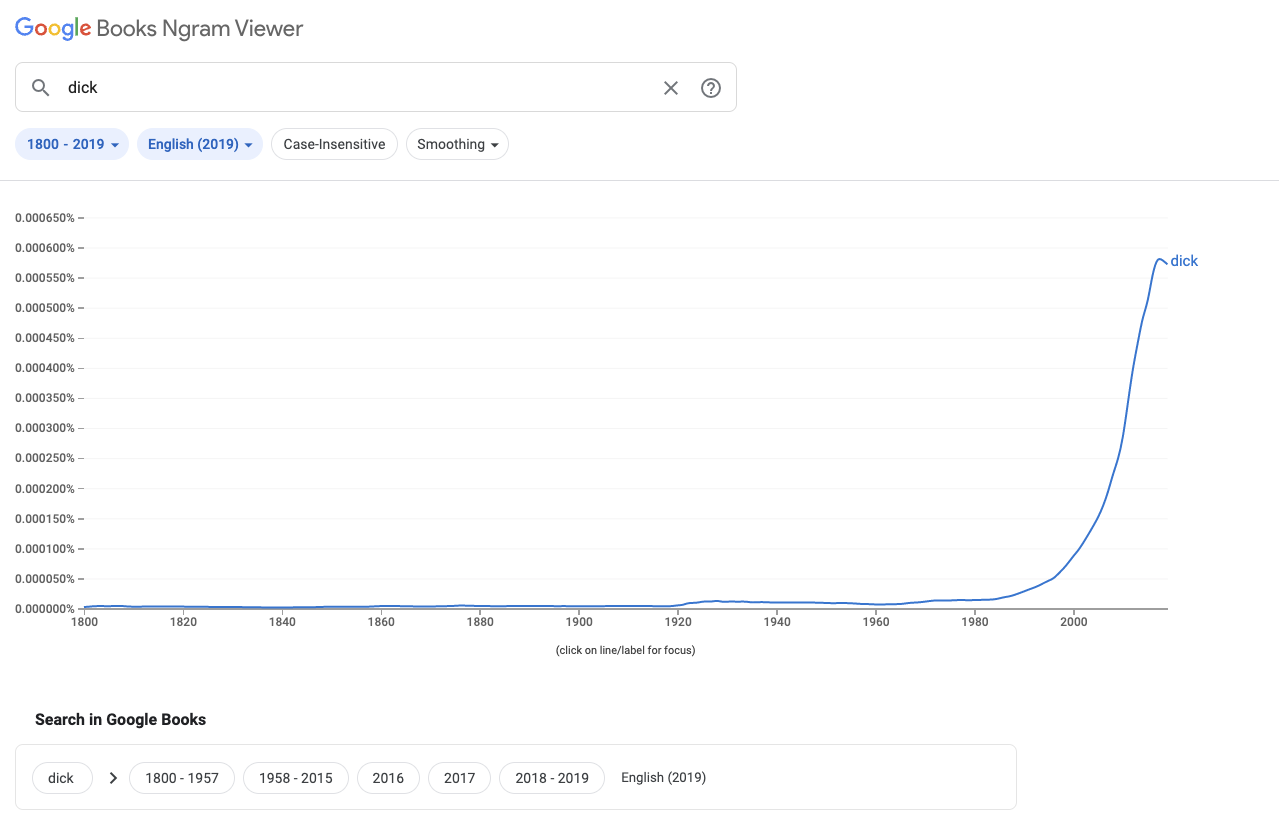 We published all sorts of other delicious stuff since I last wrote to all of you:

These were the most popular questions over the holidays: