After balking at the cost of Apple TV+ last week, I promptly spilled coffee all over my MacBook and fried it to hell.

So, guess who got one year of FREE Apple TV+ with the purchase of his new MacBook. That’s right. Who’s the genius now, Apple?

Also, The Morning Show is excellent. Totally worth the $1,700.

In other news, the election kicks off in earnest on Tuesday. Aren’t you excited?

Don’t worry, I’m about to tell you exactly what’s going to happen.

Somebody is going to win Iowa. You heard it here first.

And then everyone is going to start hyperventilating, giving that somebody an artificial boost heading into New Hampshire. Then, more hyperventilating, and so on. Remember, Rick Santorum won the 2012 Iowa Caucus – out of nowhere – propelling him to several other primary wins, before falling just short of the nomination.

Nobody saw that coming. Not even me. And Rick is a close friend of mine, even though we disagree on most things. He’s a good human.

I’ve learned to look past the politics to the person. But never, ever the other way around.

For what it’s worth, there are way more of my elected Democratic friends reading this email right now. That doesn’t mean I’m in their camp either. Both sides annoy me, almost equally.

Here’s my political orientation summed up in one obnoxious picture: 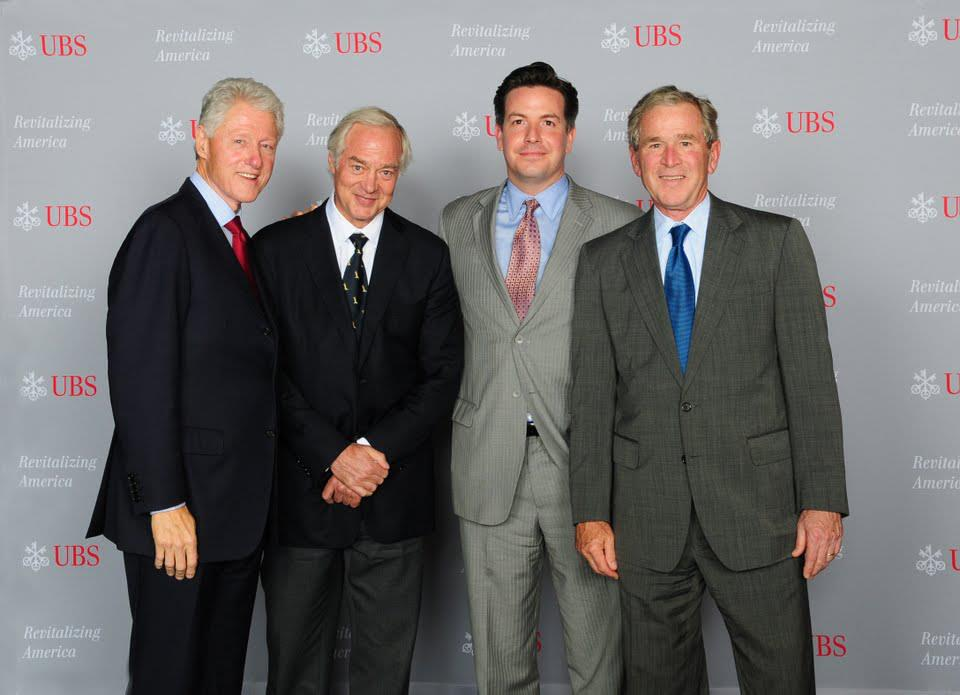 Try not to injure yourself rolling your eyes.

The point of all this is that we’ll probably have no choice but to write about the election as the year progresses. Much as I’d love to avoid it, it’s going to affect everything – political, commercial, socio-cultural – all of it. To ignore that would be derelict.

But I’ll keep my views to myself. Because I’m not going to change your mind about anything anyway. Our job is merely to give you the unadulterated truth, without bias or emotion.

Just know that if I was president, Apple would have to pay $100 billion in philanthropy every time they change all the effing cords and inputs on their new devices.

Also, the Monday after the Super Bowl would be a mandatory federal holiday.

Because I’m going to eat and drink like it’s my job tomorrow. Go Chiefs.

Barstool Sports is a case study in the new commercial realities of tribalism. Barstool fetched a $450MM valuation in its latest financing this week, after growing amazingly from $4MM in revenue to nearly $100MM in under 4 years. It’s even more impressive when you consider that their audience isn’t actually growing. CivicScience data shows virtually flat Barstool user numbers over the past three quarters, with roughly 16% of Americans 13+ saying they consume the company’s content at least occasionally.  One-third of those people visit every day. What they’ve done, brilliantly, is lean into a rabid and loyal tribe of users who will buy anything Barstool sells. It’s the same successful playbook you might find at Arby’s or Trump HQ. Give your people what they want, and they’ll reward you.

Apple’s new credit card checks all the tribal boxes too. Our friends in Cupertino have been playing the tribalism game before it was even cool, dragging loyal customers further and further into their rabbit hole of products, services, and constantly changing (mother-effing) power cords. The credit card they launched last summer is gaining a bit of traction among Millennials and especially men, 12% of whom either have the card or are actively considering it. There’s a reason Apple, Amazon, Samsung, Google, and others are fighting to get you into their ecosystem. It works.

The appeal of sustainability in fashion looks to have plateaued but looks can be deceiving. A relatively small and stable 8% of Americans say they are willing to pay more for eco-friendly clothes and accessories, with another 28% saying they’re “somewhat likely” (our experience tells us only about half of that 28% really mean it). At those rates, sustainable fashion is still a niche trend. However, when you look at the emerging group of Gen Z adults, the numbers spike considerably. Over half of 18-24-year-olds are willing to spend more on pro-environment apparel. Now we just need to make sure they can get good jobs out of college, without crippling student debt, to pay for it.

If you have GameStop in your dead pool, I don’t know how you haven’t won already. The rise of downloadable and now streaming video games is an inevitable death knell for physical game sales – at least eventually. Purchase intent among video game buyers has reached new heights in the non-physical category, with 37% of gamers saying they’re most likely to download their next game purchase. That’s now bigger than big-box retailers like Best Buy and Walmart, as well as game-centric retailers like GameStop. If GameStop doesn’t go the way of Blockbuster before I have to replace my laptop again, I’ll be amazed.

People are hypocrites when it comes to artificial intelligence. For sure, this study is the tip of an iceberg we’ll be exploring a ton. Even as AI-powered tech like Alexa voice assistants and smart home surveillance cameras grow in popularity, 70% of Americans say they are concerned about AI and other technologies replacing the jobs of U.S. workers. Basically, everyone wants the conveniences of automation without the workforce impact. Good luck with that.

We also published a little study about the popularity of dollar stores (or lack thereof) among Amazon Prime customers. If you don’t believe me, read it for yourself.

Almost as many people will watch the Super Bowl just for the commercials. Wait, am I allowed to say Super Bowl? I meant “the Big Game.” Anyway, the majority of people want the Chiefs to win, probably because they believe the Steelers are the preeminent franchise in all of sports and don’t need anyone else equaling them for the most Lombardi championships. In related news, people love chicken wings and here are some other fun stats about the Super Bowl. I mean, the Big Game. Cease and desist! 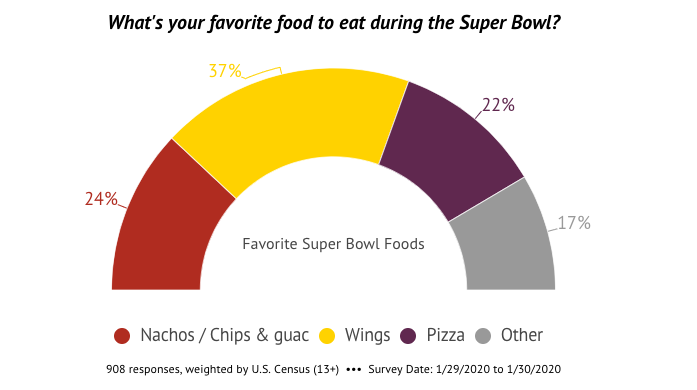 Here are the most popular questions from the last week of the longest January in the history of the Earth:

If you’re one of the many people who love to tell me how you read this email while lying in bed next to your partner, have fun with that last one.