Yep. I learned all of that just from Facebook. Ain’t I smart?

I have a friend from high school, who I know to be an intelligent and good guy. He places more trust in YouTube videos by a random dude on a webcam in his basement than a report from CNN or the Washington Post. You’ll never convince him otherwise.

I watched a cable news interview last week, hyped as “Mayor of Georgia Town Furious Over Governor’s Decision to Reopen the Economy.” But that’s not what the mayor said at all. She simply explained the steps her town was taking to get ready, even as the interviewer baited her over and over again.

The whole thing made me queasy. All I could think about was my high school friend seeing that interview and reveling in his validation.

And yes, I know the other side does it too. It takes two teams to play dodgeball.

We’re all culpable, sorry. We spend so much time vilifying the other guy that we don’t hold our own tribes to a higher standard.

I’ve said it before, the moral high ground is well below sea level.

I don’t know how we all fucked this up so badly. Where news and research no longer serve to inform us, but as weapons we use to defend our ground. Where every article or stat shared on social media could have the same prefacing comment: “See, I told you!”

Except there’s no hope for a vaccine.

Consumer confidence ticked up again but I’m not buying it. Maybe the depths we saw a few weeks ago were extreme. Or maybe people are latching on to any good news they can find right now – like golf courses reopening. But our Economic Sentiment Index had its second consecutive positive climb, even as a few million more people filed for unemployment. It’s hard to see how the economy gets better before it gets worse. But I hope I’m wrong. 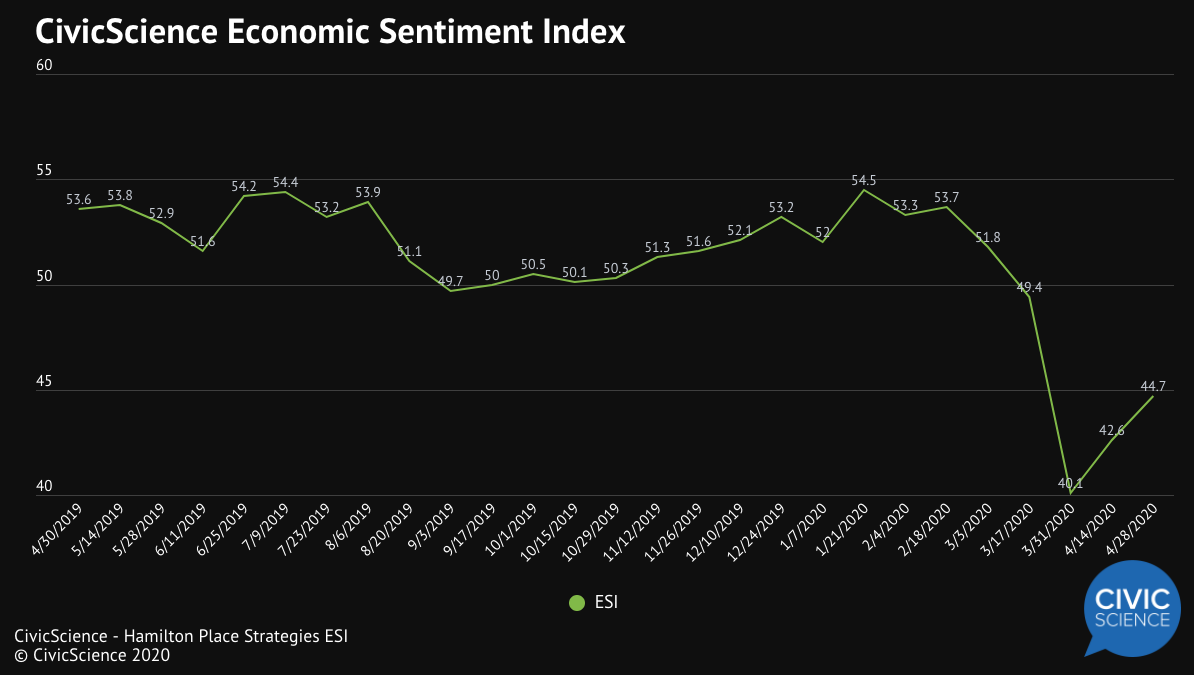 One of the most troubling powder kegs behind our current economic climate is its impact on the healthcare market. Check out the ugly chart below – especially the bar at the bottom. As more and more Americans lose their jobs, along with them goes their health insurance. Whether it’s office workers who relied on their employer, entrepreneurs who paid for it themselves, or people who already relied on government assistance, the number of people without reliable and affordable access to medical care is going to plummet. 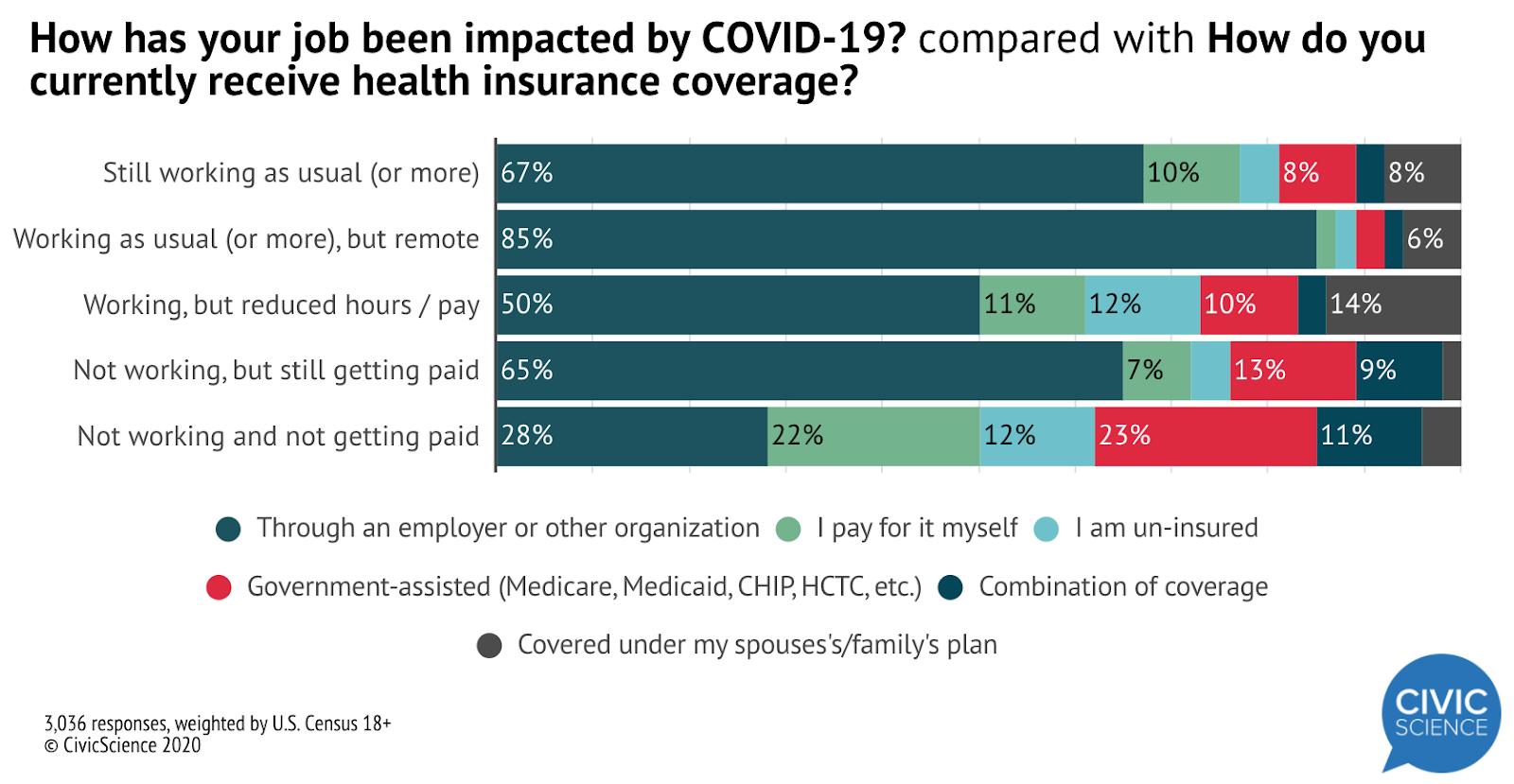 Moms are taking the brunt of the COVID-19 stress in their homes and, dads, you have 8 days to plan a killer Mother’s Day gift. In one of the least surprising and most discouraging findings in our data (yeah, I know, I’m just full of good news this morning), women and especially moms are experiencing significantly higher levels of stress, while bearing a greater share of the parental workload during quarantine. If you need any more evidence, how about the fact that moms are 41% more likely to say they’re smoking cigarettes now than they were before the pandemic. There’s your gift idea, fellas. Just kidding. Spend way more money than that.

So, you’ll forgive those moms for loosening the screen-time restrictions on their kids. This one makes plenty of sense, as tablets and phones are the only way most of us – at any age – can connect with the outside world. The percentage of parents who restrict use of devices among their kids has fallen precipitously since quarantine started. How else are you supposed to sneak outside to grab a smoke?

The biggest national grocery chains are doing the best job of making their customers feel safe shopping. There are certain times where size, scale, and resources translate into trust (news media apparently isn’t one of them) and the grocery category is one of them. Consumers believe national grocery stores provide better safety and cleanliness than locally-owned grocers by a margin of nearly 2 to 1. That matters a lot right now.

Meanwhile, restaurant delivery app users are the least likely to jump back into restaurants when they reopen. I’ll let you read and decipher this one for yourself. But it’s really interesting. And predictive.

In which we pontificate on the recovery rate of a few more of the hundreds of brands we track:

And a few other studies this week:

Most importantly, here’s a study on the most popular sports movies by sport. The correct answer is Caddyshack, even though for some reason we didn’t ask about golf movies.

And the most popular questions of the week: