Let me get this straight.

And Gen X gets screwed again.

Guess who just finished paying off all their hefty student loans? Gen X.

Guess who couldn’t sell their starter homes in 2009 after the financial crisis we didn’t cause? Gen X.

25 years ago, we were called slackers. Now we’re martyrs. We work without hope of a safety net.We don’t get divorced. At least not until our kids leave for college – because we sacrifice anything for our kids.

Maybe you saw this when it happened: 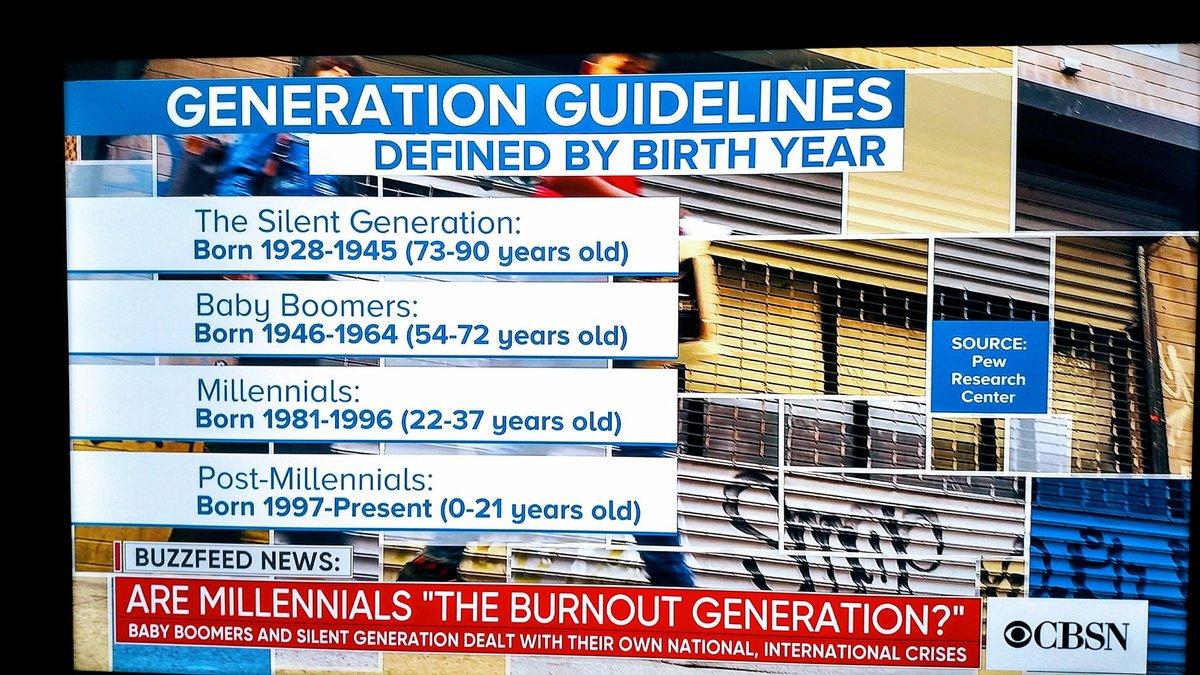 The only group in America more forgotten than Gen X is the political middle. Oh, wait. Gen X ISthe political middle – liberal on social and cultural issues, conservative on fiscal ones. Too busy and cynical to yell about everything on Facebook and too small to move Nielsen ratings. The modern-day definition of invisible. The generational Jan Brady.

You know I sidestep politics in this email. But here’s the thing I tell all my Trumpy friends: The President caused this emboldened liberalism – or at least accelerated it. Every action has an equal and opposite reaction. Not only has President Trump pushed all but his most zealous supporters to the left; he’s proven that a presidential candidate only needs 26% of the U.S. adult population to get elected. Extremists salivate over math like that.

But I have renewed hope – naïve and un-GenX-like as it may be. All of these reactionary politics may just push a few people back to the middle. And even if some far-left candidate can rally 26% of the far-left electorate, that still leaves a much larger 48% in the middle.

Mobilizing that 48% is the hard part. Getting moderate candidates through gerrymandered primaries might even be harder than that. But the long-term numbers bode well for it.

And maybe – just maybe – Gen X will make a big difference when it’s all said and done.

Not that anyone will notice.

Consumer confidence had a decent bounce-back in the waning days of June. The funny thing was that on the day we released our latest Economic Sentiment Index reading, the Conference Board (CCI) put out their number, showing a dismal June. The problem is that the CCI cut off their survey on June 14th and when they emerged from their DeLorean two weeks later, the landscape had changed. Take a look at our daily reading between June 12 and 26. Then tell me why the markets react so dramatically to those economic relics.

Support for marijuana legalization is climbing so quickly that I barely have enough time to come up with enough weed puns to do it justice. I’m not going to outdo the brilliant innuendo-laden writing of our guy Jeff in this piece, so I’ll just let you read it for yourself. I’ll just say that pro-weed sentiment in the U.S. is at an all-time peak and it’s happening among every age group – with older Americans showing the largest relative gains. And, for the first time since we’ve been tracking the issue (7+ years), a majority of self-identified Republicans are even on board with legal recreational marijuana. Never thought I’d see that day.

Meanwhile, 26% of Americans say they are much LESS likely to support brands that engage in Pride Month activities, promotions, and merchandising. That’s 26%. I repeat, 26%.

In more astonishing news, the importance of brands’ social-consciousness has fallen precipitously over the past year. This strikes me as one of the more noteworthy things we’ve found in our data in some time. As more and more companies adopt socio-political policies and agendas, consumers appear to be caring less and less. In fact, the only group to show an increase in the percentage who say brand social consciousness is “very important” is the 55+ crowd. All the others shrunk. Maybe it’s a function of cooling consumer confidence. Or maybe cynicism is taking hold. Either way, it’s something to watch.

Smartwatch ownership is on an impressive upswing. I’ve definitely noticed more people wearing Apple Watches than I did a year ago – and I’m not imagining it. In fact, ownership has jumped 39% since Q4 of last year alone. The gains have clearly been driven by higher income consumers, but the future looks bright among emerging consumer segments as well. Nearly half of Gen Z Americans either own a smartwatch (28%) or intend to (19%). Those are numbers that push a product into mainstream territory.

Perhaps even better for Apple, their new partnership with Best Buy could be a grand slam (for both companies). You may have missed the news but iPhone and MacBook customers can now get their devices repaired at Best Buy, instead of waiting to get an appointment at the Apple Store. On just about every dimension – the potential for product upselling, attracting new iPhone buyers, bringing more foot traffic into Best Buy stores – our numbers look rosy. Expect to seemore partnerships like this one if it performs as well as we think.