A couple of years ago, I lost what I thought was a can’t-lose bet to my gymnast daughter, Noelle. It doesn’t matter what it was about – it was an athletic feat I didn’t think she could pull off.

What matters is that losing the wager involved me going to the Renaissance Festival dressed as a make-shift princess, in a full gown, complete with a wig, tiara, and even those silky white gloves that go halfway up your arm.

And if you’ve never been through this kind of ordeal before, let me tell you how hard it is to find a formal gown that fits a six-foot-one, 200-pound guy with broad shoulders and no chest. But I succeeded, if you can call it that. Don’t even get me started on the gloves.

Mercifully, she allowed me to pin a small sign on my dress that said, “I lost a bet,” which I hoped would assure the other parents I wasn’t a creep or something. I’m not sure it worked.

But there we were, strolling through the Renaissance forest on a beautiful Sunday afternoon, our older, theatrical daughter Maddie mocking me by my side. Tara and Noelle walked, mortified, at least 30-feet away the entire time. There were plenty of stares and snickers from passersby.

In the end, it wasn’t so bad. Turns out, a Renaissance Festival is one of those places you can let your freak flag fly. In fact, I’m pretty sure I wasn’t the only guy there in a consignment store prom gown – though I’m certain I was the scariest-looking one when my five-o’clock shadow kicked in. Still, we all survived.

Hopefully, it taught my girls the value of not welching on their bets, not making stupid bets, not being afraid to be different, and never wearing a cheap polyester wig in 90-degree heat. Or maybe they’ll just remember me looking like an idiot and embarrassing their mother.

Either way, I’d bet a lot of money that it’s one of the stories my kids will tell their kids and their kids’ kids someday. Except I’m never betting again.

A lot of people cheat, especially gin drinkers. We published a study about marriage and infidelity this week, which most of you will find interesting. Or it will make you nervous. Or paranoid. Top-line, 27% of people admit to having cheated and 12% admit to having cheated on their current partner. Not shockingly, people who go on dates with their significant other and have frequent sex are less likely to cheat. Not shown in the article is that cheaters are more likely to choose CBS as their favorite TV network and drink gin regularly. So, go read about it, then turn on ABC, and pour yourself a mimosa. 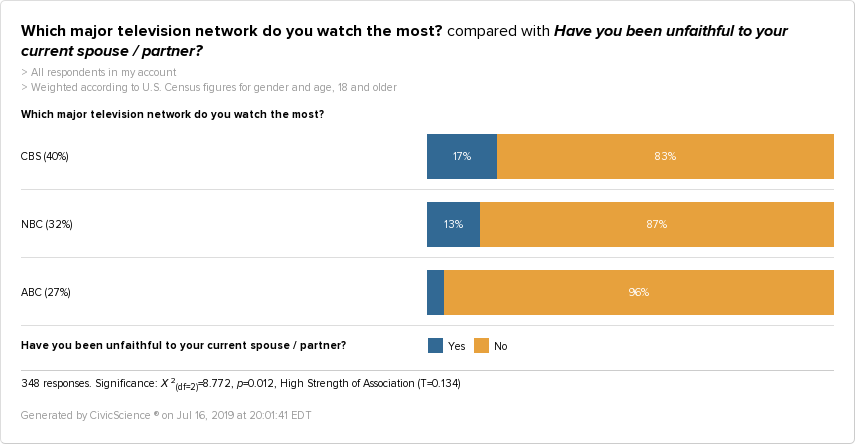 On immigration, the President is the puppeteer and the media are the strings. Of the things I give Donald Trump credit for, one was his early use of Twitter to control the news cycle and manipulate the media into spreading his word (remember, Trump supporters aren’t actually on Twitter). He knows his tribe doesn’t care what CNN or MSNBC (or most people) say – whatever the non-right-leaning outlets report, his loyalists automatically believe the opposite. See how concern over illegal immigration among Republicans has flowed since 2015, peaking when he highlighted the issue before the election, cratering, then climbing as the issue gained visibility again. All the stories of crowded detainment camps in the mainstream news are only pushing Trump supporters further into his open arms. That’s the unbreakable cycle we’re in.

Arby’s might be the Donald Trump of the QSR space and I sincerely mean that as the highest compliment to both of them. Read the story about Arby’s offering meat-based carrots at its restaurants, then find me a smarter, more on-brand group of marketers than Rob Lynch and the team at Arby’s – and no, they’re not a client. But they’re geniuses. Look at the chart below of 18-54-year-old men and their sentiment over the past three years. From the Ving Rhames tag line to slinging venison to sponsoring “The Beef” on the PGA Tour, Arby’s knows its target customer, they’re irreverent about it, and they don’t care what anyone else thinks. That’s the playbook.

One thing they won’t be serving at Arby’s is oat milk. The cool Millennials in my office tell me this is a thing… milk made from oats. But it’s way too early to call it a trend of any consequence. Only about 6% of people have tried it and one-third of them didn’t like it. Chances are I’ll never ever write about this subject again.

With no clever way to segue from that one, I’ll just say that Gen Z could be changing the game of travel booking. Discount travel sites like Expedia and Kayak seem to have hit their peak with Millennial travelers, 41% of whom use them to book their flights – compared to 35% of Gen Xers, for comparison. The number plummets all the way to 22% among people under 25, 62% of whom book their flights directly with the airline. One factor: Gen Z folks are the most likely of any age group to have an airline-specific rewards credit card. Kudos to the airline marketers.

Here are your most popular questions of the week:

I just had to make sure you stayed all the way to the end. 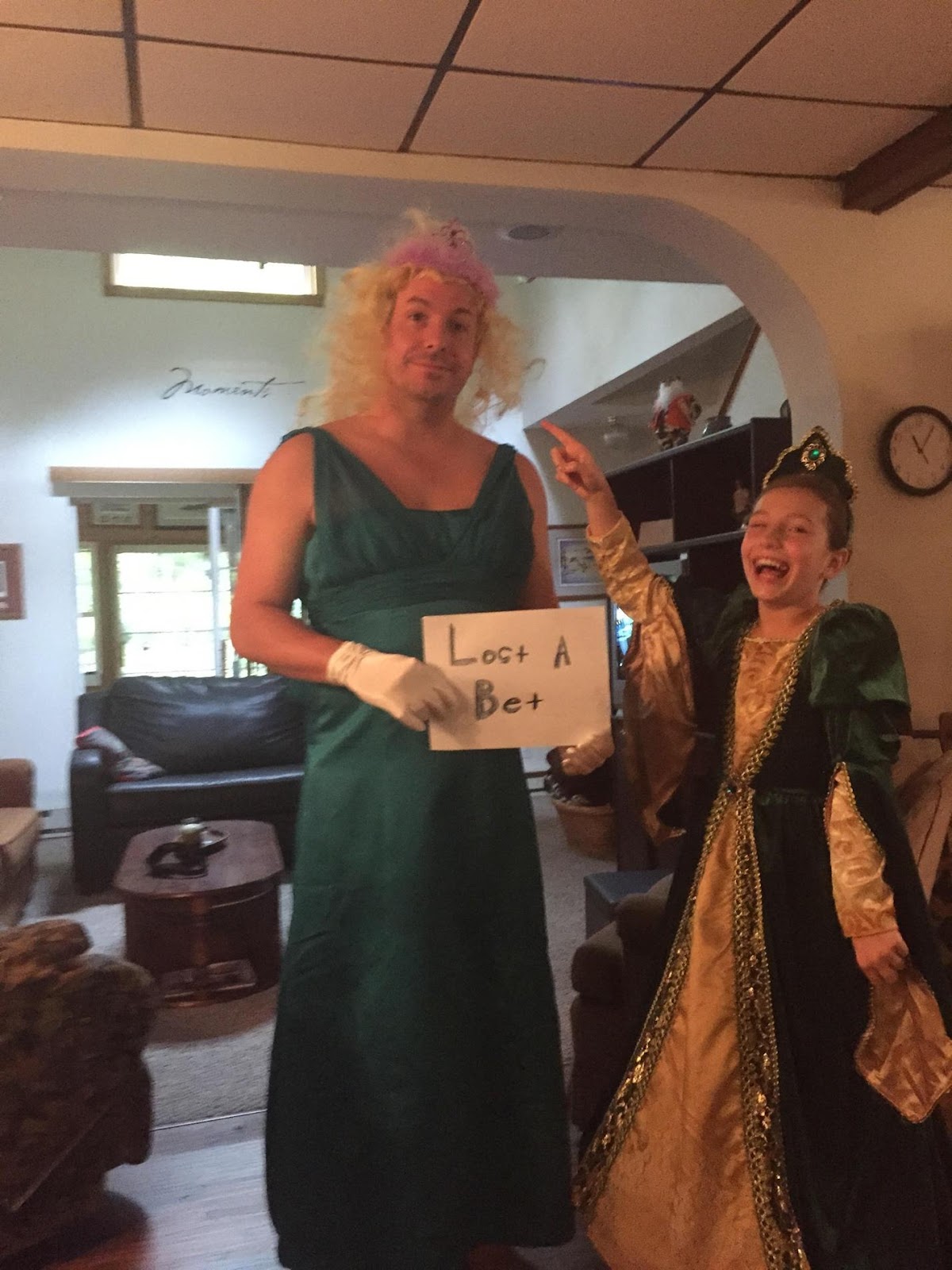